Okay, so you're pretty much done developing your new app or game, and you want to record a short demo or gameplay video. Or you just want to post your dev progress on Twitter with the #indiedev hashtag. But Twitter is really picky and throw errors if the video doesn't follow their parameters.

You can easily get around this by capturing your screen with QuickTime and converting the resulting video with ffmpeg via command line.

First fire up your android emulator, or desktop version of your Libgdx game.
Then start QuickTime Player. In the top menu go to File > New Screen Recording.
When you press the red record button, drag a rectangle to select a portion of the screen to record, and record your video. To stop recording, use the circle icon on the top right.
Save your video as video.mov on your desktop.

Now you need the conversion tool: ffmpeg. We'll install it using the terminal via Homebrew. If you are not familiar with it, homebrew is the famous 3rd party package manager for OSX, read about it here - http://brew.sh/

Open the terminal and use this command to install ffmpeg


After installing, navigate to your desktop folder


and convert your video. The following command is for creating a h264 video for Twitter.


Do you want to post your game progress to 4chan's /agdg/? The following command will create a webm with VP8 codec suitable for posting on 4chan.


The video will be created in the same folder of your source video (your desktop). If you want to mess with ffmpeg parameters like scaling, bitrate, etc, refer to the ffmpeg wiki.
Posted by Unknown at 2:00 AM 2 comments:

A new game from Pimentoso has been released!

Peekaboo is a fast and challenging memory game, featuring cute and spooky monster girls cards!
Memorize the pattern of a 3x3 grid for just 3 seconds, and try to remember the cards that get randomly covered.
There are 24 levels with increasing difficulty, and you can unlock more than 30 cards.

The game is free for any android device! 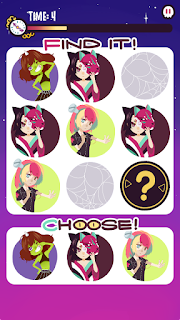 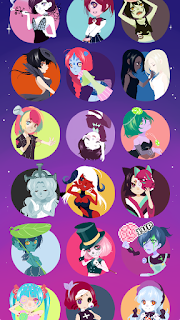 Our apps on Google Play